For a week, San Sebastian has been the setting for the filming of several scenes of the American series “Vampire Academy”, based on a best-seller books with the same title by the writer Richelle Mead, which has sold 8 million copies in 35 countries.

The filming, which took place between 24 January and 1 February, was supported by the San Sebastian-Gipuzkoa Film Commission. The settings chosen for the filming were the interior and gardens of the Miramar Palace, as well as the María Cristina Hotel.

Marisol Garmendia, San Sebastián’s Councillor for Economic Promotion, pointed out that “the production company has invested around 400,000 euros during these days in the city, to which they have said they could return to film future seasons. It should be noted that local technicians, companies and personnel have been hired to carry out the filming, with all the benefits that this entails. Bearing in mind that the estimated worldwide audience for this series is around one billion viewers, the impact of San Sebastian’s image is very relevant.”.

San Sebastian-Gipuzkoa Film Commission has facilitated the transformation of the chosen sets to adapt them to the aesthetics of the series, such as the placement of furniture and carpets inside the Miramar Palace, the thousand bouquets that formed an arch in Loretopea, the period cars that simulated the arrival at a “hotel”… important tasks for the filming of any work, as well as facilitating the processing of permits, licenses and so on. 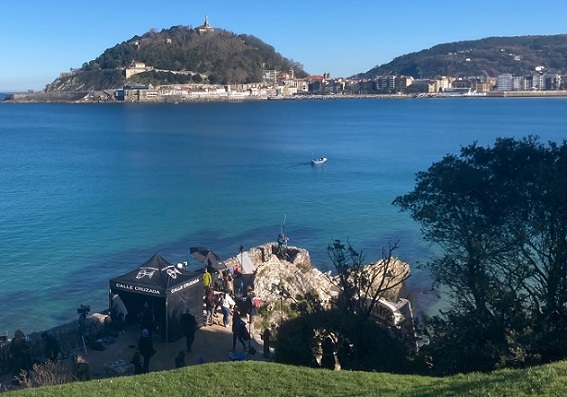